So many condiments, and so many condiment containers! Knowing which holder or dispenser is right for what food product can be tricky, especially with so many types of containers available. From basic ketchup and mustard to the not-so-basic array of yogurt or fajita toppings, condiments come in a variety of forms that their containers must account for and accommodate. So regardless of your menu, understanding what your options are for storing condiments at the table, on the counter, or in the kitchen is paramount to delicious dishes guests can tailor to their personal tastes.

Things to Consider When Purchasing a Condiment Container

There are many different ways that you can think of condiment containers, from what specific condiment they're designed for to how much they hold. Remember that the needs of your kitchen and menu dictate how you should approach determining and selecting what condiment containers are right for you.

Let's first review the basic characteristics of containers before we examine the diverse selection available. 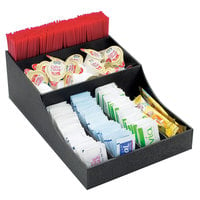 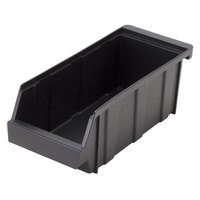 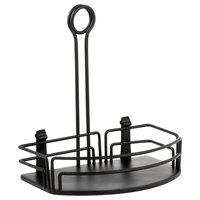 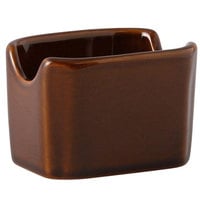 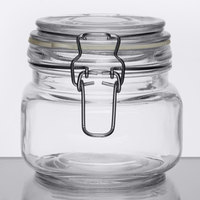 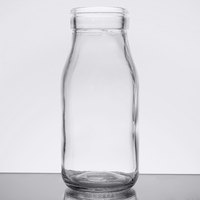 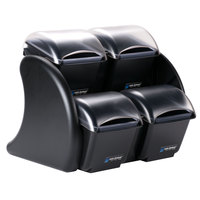 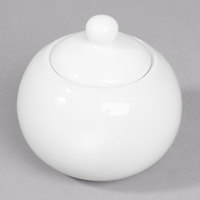 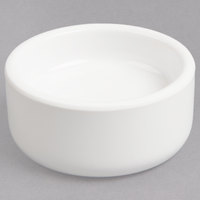 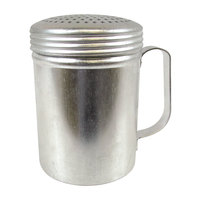 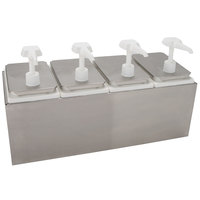 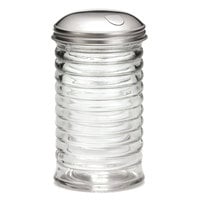 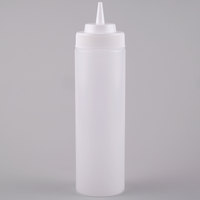 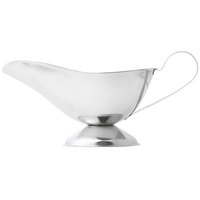 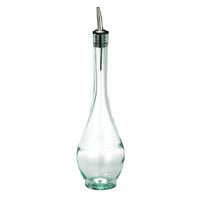 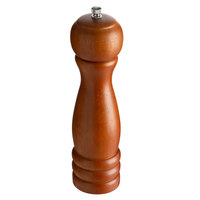 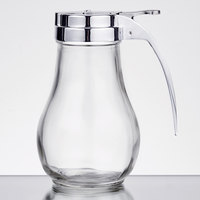 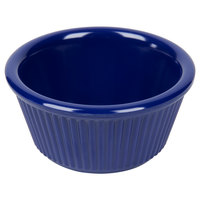 When buying condiment containers, pay attention to the material. For instance, glass may be stylish, but it breaks easily, and breakage can dramatically increase cost over time. When selecting a material, consider not just appearance, but durability, longevity, and cleanability. Look through the chart below to learn about a few common material options available.

*This is a common, unspecific material name. Usually it refers to "polyethylene," which is how it's used here. Take note, however, that it can refer to SAN plastic, HDPE, and polycarbonate, among other plastics. Find a few of these other plastics described separately in the table, as they may be directly identified as a container's material.

Food storage containers are essential to any commercial kitchen. There are different shapes, sizes, and materials, each with its own special function. Knowing which container to use for each of your food items is important for you to have a well-organized kitchen.

What's the Big Deal About BPA?

Whether you’re ordering new plastic containers for your restaurant kitchen or a new water bottle for personal use, you’ve probably seen products that brag, “BPA Free!” But what is BPA, and is it necessary to avoid it? BPA is short for Bisphenol A, a chemical that’s been used to make polycarbonate plastics and resins since the 1950s. The chemical started to get attention in the 1990s when customers began to ask, "Is BPA safe?" Since then, there have been several studies that have attempted to link BPA to health problems, but the FDA has concluded that a low level of BPA exposure is not harmful to humans. Despite this, the U.S. and Canada have banned baby bottles with BPA to prevent potentially negative effects in children, and many companies

The importance of heart health continues to gain attention as more healthy diets emerge and as foodservice establishments shift to accommodate them. To avoid heart disease, it's important to monitor your intake of salt and sugar. Below, we explain why salt and sugar can be bad for your heart, and we offer solutions for substituting these ingredients in your cooking and baking. Sugar Substitutes If you have to use sugar when baking, then it’s best to use sugar substitutes like brown sugar , molasses, and agave nectar that are less refined than white sugar. If you have a little flexibility with your recipe, try out some of these other sugar alternatives instead. Honey: When substituting honey for sugar, use 2/3 cup of honey for every 1 cup of