When it comes to writing a menu, word choice is critical. Although menu pricing is important, the words you use to describe your food and how you make your menu could entice customers and increase sales if properly chosen. Conversely, a poorly written menu can turn customers off or confuse them if you’re not careful. Below, we break down the key components to menu writing and offer a list of descriptive words for food to get you started. 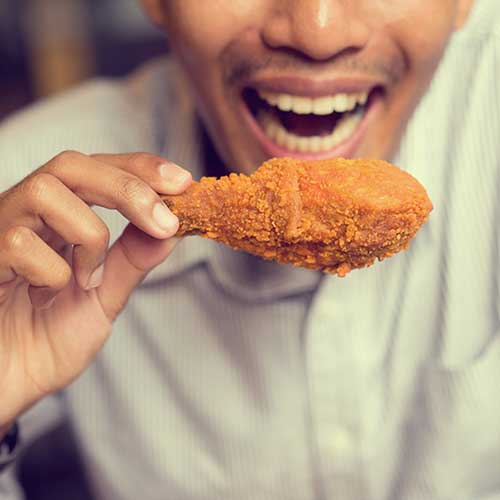 The flavor of your food is what most customers focus on when they are deciding what to eat. The way you engineer your menu can help build anticipation, and a good menu description could even convince a hesitant customer to try something new. With this in mind, it's important to be precise and thorough when choosing words to describe your food's flavor.

Here are some words that are commonly used to describe food: 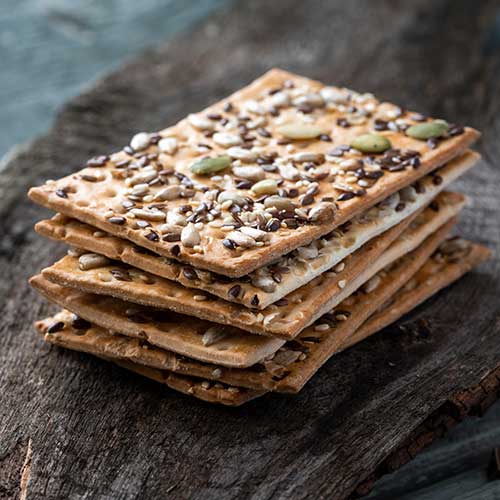 Another consideration when describing your food is texture. Properly using food adjectives to describe mouthfeel helps your guests to imagine what it will be like to eat your food before they order it.

Here are some words that are commonly used to describe texture: 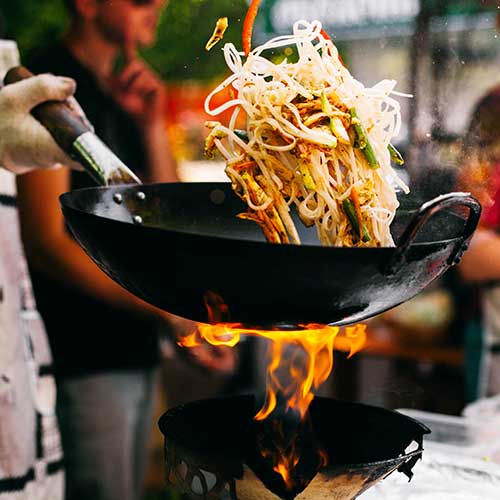 One of the best ways to describe food on your menu is by indicating how it was prepared. So long as your customer recognizes the words you choose, it will give them a clear picture of your food's flavor and appearance.

Here are some words that indicate preparation and cooking method:

The easiest way to accidentally influence your customers into passing over a menu item is to use a word with a negative connotation. Before you put a word in your menu description, take a moment to think about how that word is commonly used. Does it bring a positive image to mind, or is it unappetizing? Additionally, the positive alternatives to negative words are often more specific, so they give your customers a more precise idea of what your food is like.

Here are some examples of negative describing words and the positive food adjectives that you can use to replace them:

When you're trying to find the right words to describe the food on your menu, be sure to explore the hundreds of options that you have. Remember to use words that are appealing enough to catch a customer's eye, common enough to explain your food at a glance, and specialized enough that you don't have to resort to cliches. Next time you add a new dish or want to overhaul your menu, keep in mind that the time you invest in your menu descriptions can help sell your food to customers.

One of the first steps in starting a catering business is brainstorming ideas for your catering menu. By offering original catering recipes, you can take your company to the next level and leave a lasting impression on your guests. To create a diverse menu that appeals to a variety of clients, consider adhering to our list of catering menu ideas. Variables to Consider When Choosing Catering Recipes Before you choose which recipes to feature on your menu, you must consider the many variables that can influence your decision. Everything from your budget to the time it takes to prepare your staff can change depending on which recipes you choose. Below, we've provided a list of common variables that influence your catering menu: Ingredient Avai

How to Create the Best Bar Food Menu

Your guests likely crave a range of tastes when enjoying drinks at your bar, so what is the best bar food to serve? Creating a bar food menu can be challenging, since some customers just want your standard basket of fries, while others want a unique experience. To meet the needs of your guests, listing typical bar foods as well as your own inventive recipes are both great ideas. Below are some useful tips and bar food ideas to create a well-rounded menu that’s sure to satisfy any hungry customer. Create a Bar Food Menu with the Classics Among the changing bar trends in the industry, some of the best bar food staples remain the same. Below are some common bar menu ideas to satisfy your customers and maximize your profits. French fries Onion

Adapting Your Menu for Delivery

Before you can set up a delivery service for your restaurant , you need to make sure that you have a menu suitable for take out. With meal kit options booming and more customers choosing to order out rather than dining in, having a delivery-friendly menu is essential for your bottom line. As the coronavirus continues to force business closures, you can keep your restaurant running by offering a delivery option to your customers. Shop All Disposable Food Packaging Take Out Menu Considerations Whether you use a third-party delivery service or your own in-house delivery fleet, picking the right menu items for your take-out menu is essential for ensuring successful deliveries. It is important to understand that not every meal on your restaurant