When it comes to high-volume restaurants, catering services, hospitals, and other busy institutions, reusable drinkware is a must! We take you through the different types of reusable plastic, so you can choose the perfect type of plastic drinkware for your needs. 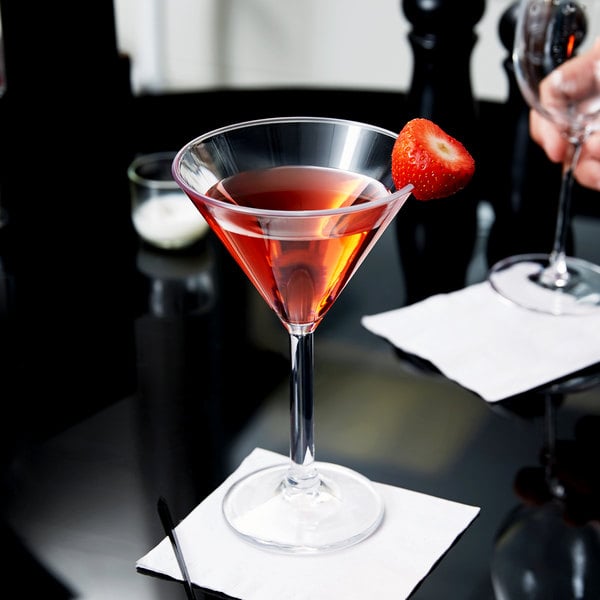 SAN (styrene acrylonitrile) plastic is a type of plastic that generally contains around 70% styrene and 30% acrylonitrile. It is often used in place of polystyrene because it provides higher strength, rigidity, and chemical resistance than polystyrene. Below are some of the characteristics of SAN plastic. 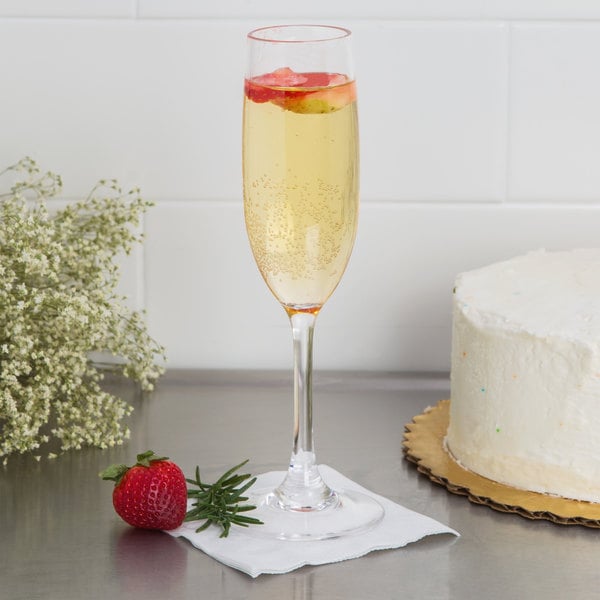 Polycarbonate is a type of plastic which has a uniquely high impact strength and exceptional clarity. It is often used for applications such as bulletproof windows and break-resistant lenses. Below are some of the characteristics of polycarbonate plastic. 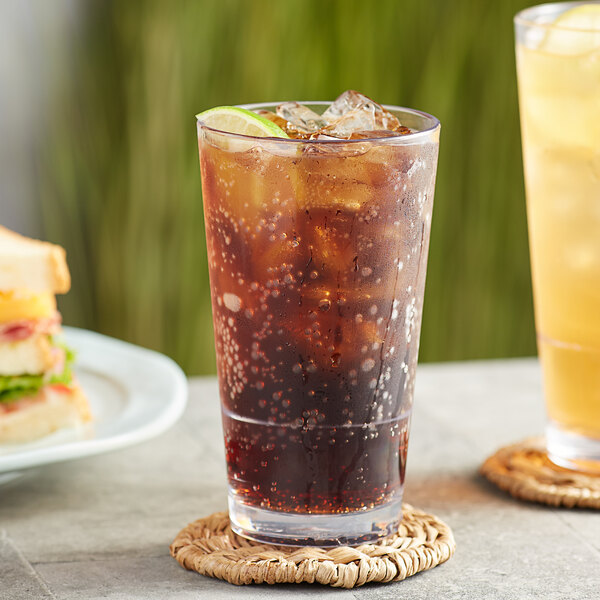 Tritan plastic has similar properties to polycarbonate, but has a chemical resistance which maintains its integrity in environments where others may degrade. Products made from Tritan can have the look of glass but with higher impact strength, shatter resistance, and sustainability. Tritan plastics have a wide range of temperature limits, with most being able to handle beverages up to 180 degrees Fahrenheit, some even up to 212 degrees Fahrenheit. Although Tritan plastic is considered one of the safest and highest quality plastics, it is also the most expensive. Below are some of the characteristics of Tritan plastic.

Plastic drinkware is a worthwhile investment for various types of establishments and events, from outdoor facilities to high-volume restaurants. Whether you need margarita glasses for an outside cabana or coffee mugs for a busy breakfast buffet, reusable plastic drinkware is a great solution for many occasions. Below we take you through other common uses for plastic drinkware. It is important to keep breakable glass away from pools and other outdoor areas that serve food and beverages. Glassware is typically not allowed near pools in order to prevent breakage in the water and possible injury. From margarita to martini glasses, a wide variety of plastic drinkware is available to keep all types of outdoor establishments safe and injury-free. When it comes to high-volume establishments such as school cafeterias, hospitals, and nursing homes, reusable plastic drinkware is ideal. When dishwasher use and break-resistance is a must, tumblers and mugs that have extremely high impact resistance (like polycarbonate) are very beneficial. Some reusable plastic beverageware is BPA free and virtually unbreakable. For this reason, many facilities that cater to families and children will opt for a health-aware option that holds up to wear and tear.

You wouldn't serve soup on a plate, you don't serve sandwiches in a teacup, and you wouldn't dream of serving a Russian Imperial Stout in a pilsner glass. All right, maybe that last one didn't make quite as much sense as the first two. That's okay; this beer glassware guide and the video below will boost your beer I.Q. and help you figure out the different types of beer glasses you need to serve different types of beer !

Glassware is an essential component to everyday food service. The pieces you choose to serve your beverages in emphasize the image you've worked so hard to perfect. But how much glassware inventory do you need to keep your business running and what style works best to meet your needs?

Whether sweet or dry, white or red, robust or light, wine requires very specific serving procedures in order to reach its full flavor potential. In addition to proper serving temperatures, each type of wine requires a specific style of glass for service. To get the most out of your wine collection, browse through the links below to choose the ideal wine glass for your needs. Shop All Wine Glasses