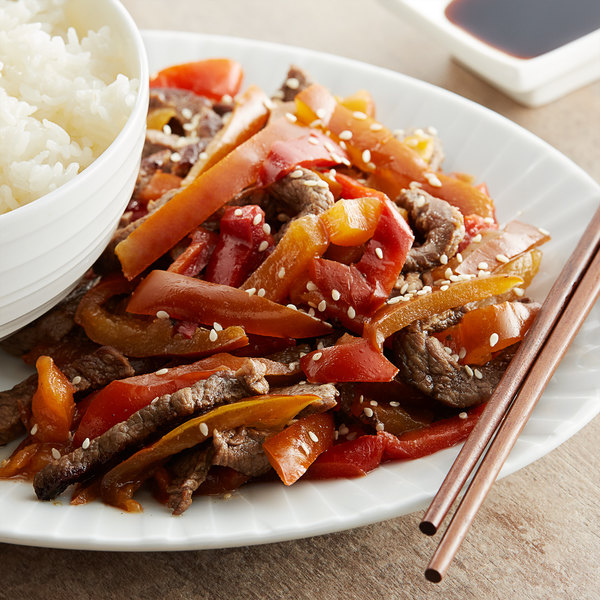 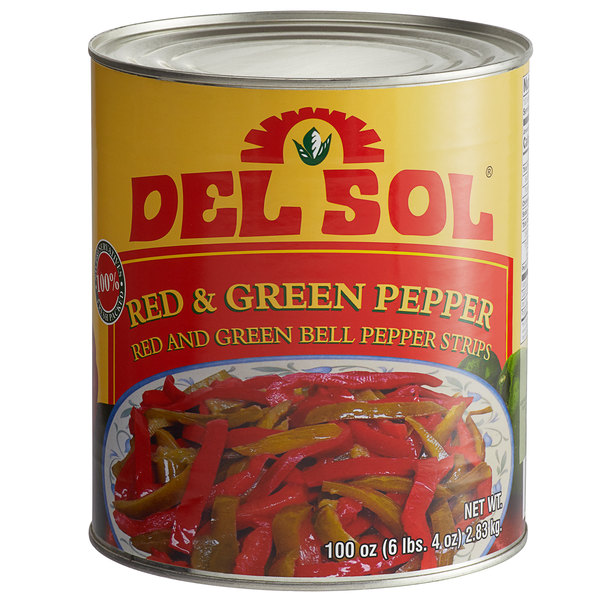 Rich in color, texture, and flavor, use these mixed red and green pepper strips to create enticing offerings at your restaurant or cafe, ranging from Mexican to Italian dishes, and more! This mix of vibrant red and green colors is a visually-appealing garnish or topping, while the naturally-sweetened, smoky tones of bell peppers make a versatile addition to an array of meals.

The firm texture and refreshing taste of bell peppers also adds heat to an array of Mexican and Southwestern-style dishes. Sliced into strips for convenient cooking, these peppers are perfect for sizzling fajita platters or taco salads. Chop, mix, or blend these mixed peppers further to create zesty pasta sauces, dips, or glazes. Whichever way they are prepared, the time-honored flavor of peppers is sure to kick up the heat and flavor of your restaurant or cafeteria's offerings.

These peppers are picked at the peak of freshness to ensure quality product and the crisp, natural taste of bell peppers. Packed in water and salt for natural preservation, these peppers are pre-sliced into even-sized strips before they are canned to save on kitchen prep time and to increase quick, efficient service to your guests!