About Transcript Embed
Welcome to whole grain cooks! I am Nik Miles, with my friend Bob Moore, founder of Bob's Red Mill, and Laurie, who is the lady in the kitchen who puts some of the best foods together and right now for people who have celiac disease or who are gluten intolerant includes pizza. You've given people who couldn't eat regular pizza the opportunity to eat pizza again. Thanks Nik, it is very true! We've certainly had a lot of comments about people not being able to eat pizza, they miss it, and everything else. So we went to work within the company itself and we created this wonderful pizza crust, whole grain mix. Which is, again, another part of your gluten free family. Absolutely! Now a lot of people who couldn't have that before now have the opportunity to have gluten free pizza again. That's right, it is gluten free! Looks like you've got a head start on us here Lori. Yes, one of the things that Bob mentioned with our pizza crust - obviously you can make a pizza with it! Another thing you can do with our gluten free pizza crust mix is to make cinnamon rolls, and cinnamon rolls are another thing that people who are gluten intolerance really miss out on. I've got a piece of parchment paper here on our cutting board and I've taken some white rice flour and I've put that down so that it's easier to maneuver, then I've spread it out again wetting my hands and i'm going to put some melted butter down which is really good for cinnamon rolls. And once we get this down, then we're going to fill it. I don't know what you like to put in your cinnamon rolls Nik, but this one is going to be really easy: sugar and cinnamon. I mean the cinnamon has gotta be there or it wouldn't be cinnamon rolls. This parchment paper with the rice flour on it makes it easier to roll, and its okay to get that extra flour in there. You just gotta work slowly - see how easy it is! And you just get it started, and work it. Now this has a little bit of stickiness to it, but that's okay. We'll just flour it just a little to get it going again and you just continue the process, and we just slice them. We just push them in like so. And it is just fine that they are close to each other - that's not a problem. So those are some cinnamon rolls you make earlier, but that's not all you made! We've also made some bread sticks and those are just our regular pizza crust mix with some herbs, and then we also have one of our favorite things to eat is pizza. A finished pizza!

Get to know your Vapamore MR-100 Primo steam cleaning system! With a variety of tools and attachments, this unit is sure to help you maintain a clean, sanitary work environment. 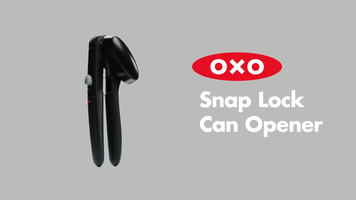 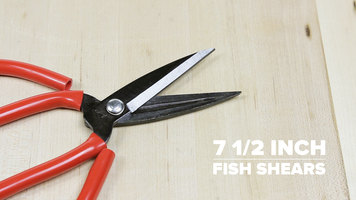 Quickly and easily prepare all types of fish for cooking with these 7 1/2" fish shears! With strong steel blades and a wide, comfortable grip, these shears are a must-have in your commercial kitchen.