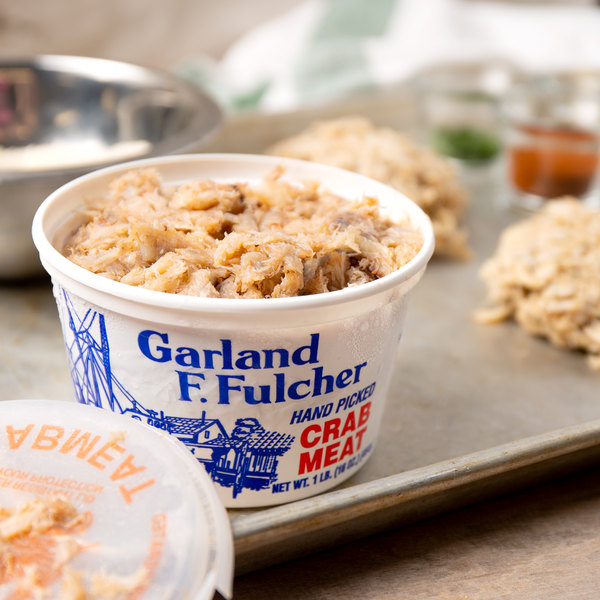 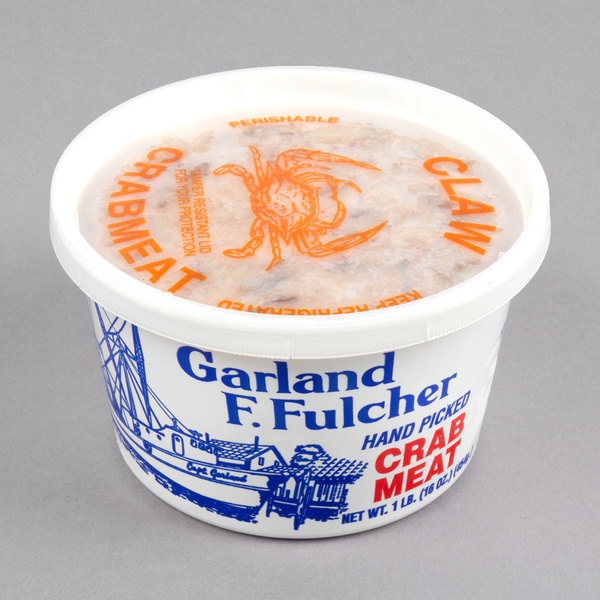 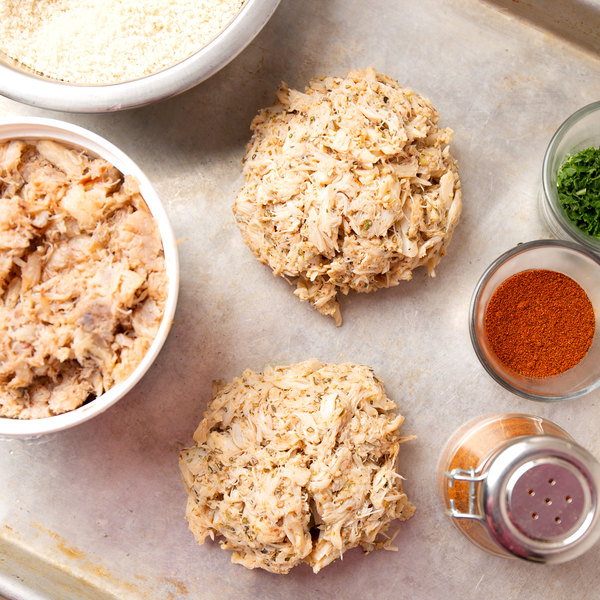 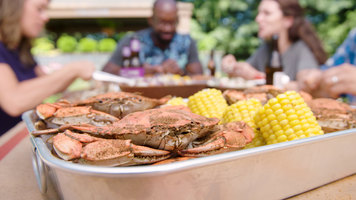 How to Pick Maryland Blue Crabs

About Transcript Embed
Nothing exemplifies summer more than a crab feast! Picking crabs is just as much about joining together a group of people to laugh and share stories, as it is about eating delicious crabs. Picking crabs evokes a sense of community, and for many East Coast inhabitants, it is a way of life. Today we’ll be showing you one of many ways to pick a Maryland blue crab, so you can make sure you’re getting the most meat out of your crabs! The first thing you're going to do is remove the claws and the three middle legs of the crab. This is pretty easy to do, you just pull it at the joint like so, and set it aside. You might get a little bit of meat as you remove the legs. The meat in the claws and the legs is going to be pink-brown in color, and also have a stronger taste than the rest of the crab. We'll leave these back fins attached because they'll be helpful later when we're removing the lump meat from the back of the crab. Next we're going to crack open the claw. In order to do this you can just lay it on its side, you can use your mallet, and you'll give it one good whack, maybe two. Then you'll flip it over to the other side, and you'll crack it again right here by the pinchers. Gently pull it out to reveal a nice, big lump of crab meat, and this is great to dip into butter or Old Bay. Next we'll remove the meat from the middle legs. In order to do that you will hold the leg like this between your fingers and give it a nice crack. Pull it apart to reveal a nice piece of crab meat. The next thing we're going to do is remove the meat from the body. We'll flip it over to expose the apron. You'll use your finger or a sheller to pry it open, and you'll pull it back and detach it. You'll notice that you've revealed a hole in the back of the crab, which you can use to pry off the top shell. You'll expose the inside of the crab, and you will discard the top shell of the crab and remove the lungs and gills. in this cavity you'll also find the mustard, which is considered to be a delicacy, so if you're feeling adventurous you can try eating that as well. Next we will separate the two halves of the body. It comes apart pretty easily and you have two equal halves. Set one half aside. Next you'll have the back fin to remove the jumbo lump meat from the back of the crab. In order to do that, you'll just break it at a joint. You'll reveal this nice big piece of jumbo lump crab meat. This is the biggest muscle in the crab and its also the sweetest, most succulent meat in the body Next you'll want to take the remaining part of the crab, and you'll pinch and pick any remaining delicate white meat. When you're done cleaning this cavity, you will repeat these steps with the remaining half of the crab. It’s pretty typical to eat several crabs at a time, along with some corn on the cob, potato salad or some ‘slaw, so don’t expect to be going anywhere for a while. Enjoying each other’s company, while getting a little messy in the process, is what picking crabs is all about. So grab the Old Bay, melted butter, and an ice cold beer, and pick crabs like a Maryland native.

A crab feast is one of the best ways to enjoy a summer day! To learn more about picking Maryland blue crabs, watch this step-by-step video.

This Linton's 1 lb. Maryland blue crab claw meat is perfect for creating delicious crab-based dishes without the hassle. This claw meat is brownish in color and has a nutty, sweet flavor. These smaller pieces pack a lot of flavor and are a great addition to soups, dips, crab balls, and claw burgers. Delicious and tender, this meat can stay refrigerated about 4-5 days. Make some crab bisque for a cold and rainy day or prepare some crab dip for a tasty appetizer. This crab meat ships refrigerated and saves you from having to separate the crab meat from the claw yourself, which allows you to spend more time perfecting each meal you serve.

Unlike crabs from other areas, Maryland blue crabs must endure four distinct seasons throughout the year. This forces these crabs to hibernate and build up fat stores. These fat stores, or mustard, are noticeably darker than other blue crab varieties and results in a heartier texture with a sweet, buttery taste. This distinguished flavor, combined with perfectly formulated crab seasoning, makes these crabs a must-have for any seafood serving establishment. Why serve your patrons something ordinary, when you can serve them something extraordinary. To ensure you're serving the most delicious crabs around, try these Maryland blue crabs.

Located on the eastern shore of Maryland, in The Crab Capital of the World, Linton's Seafood has over 30 years of expertise in serving one-of-a-kind Maryland blue crabs, lump crab cakes, and other fresh seafood. As one of the first companies to perfect seafood shipping, Linton's is the brand to trust when it comes to finding the best seafood to serve at your establishment. From mouthwatering Maryland blue crab to tender lobster, Linton's fresh seafood and other goods bring quality and deliciousness right to your door.