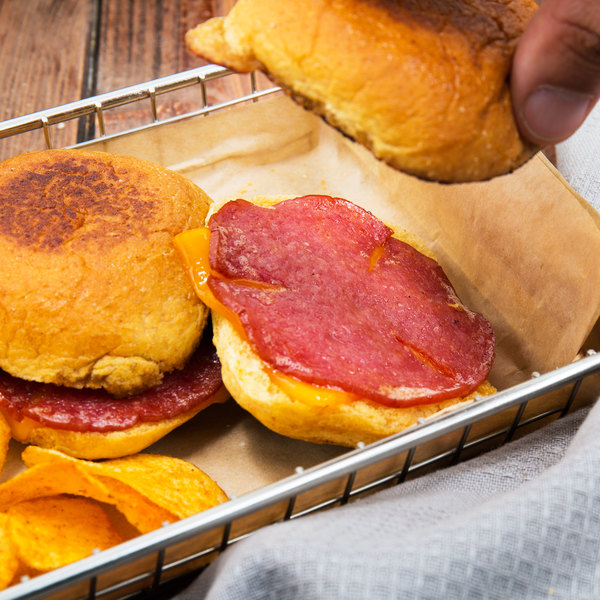 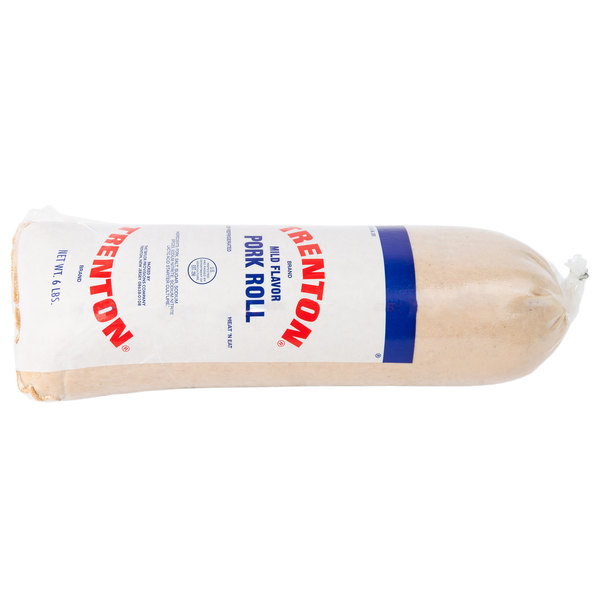 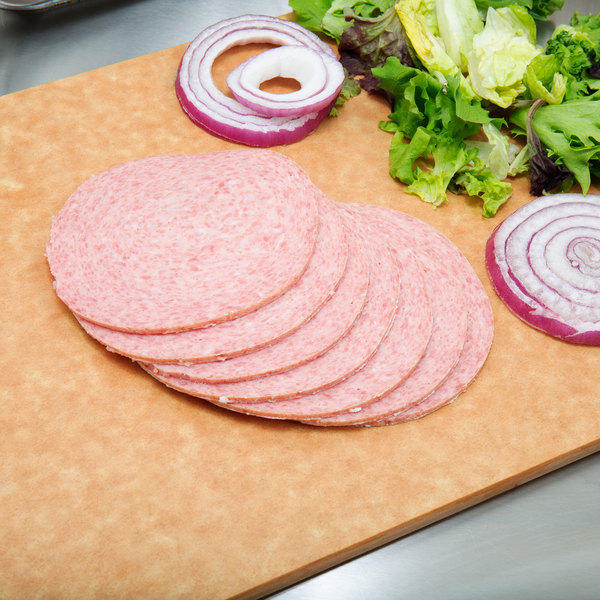 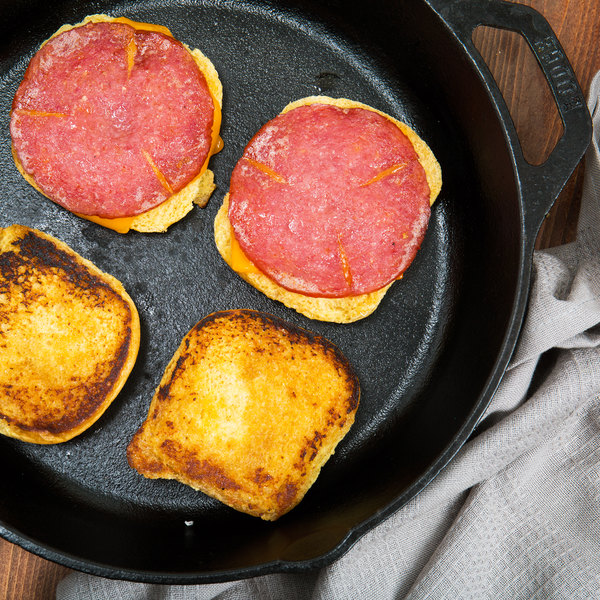 A variation on a New Jersey tradition, this Taylor Provisions trenton 6 lb. mild pork roll is milder than the original taylor pork roll recipe, passed down through generations for a one-of-a-kind, authentic processed pork product. A savory blend of spices season the pork prior to smoking, ensuring a flavor-packed hickory-smoked product, perfect for slicing, then frying, searing, or grilling to bring out its bold flavor.

Taylor pork roll is said to have originated from a state senator and well-known businessman by the name of John Taylor from Hamilton Square, New Jersey. He originally named his product "taylor's prepared ham," but was forced to omit the "ham" part of the name because it didn't meet the new definition of "ham" established by the Pure Food and Drug Act of 1906. This trenton pork roll is very similar to the original taylor pork roll, but it features a spicier taste that's not as tangy as the original. Its round shape also fits neatly on a round roll, croissant, or english muffin, making it ideal for adding to hearty egg and cheese sandwiches, much like you would use Canadian bacon.