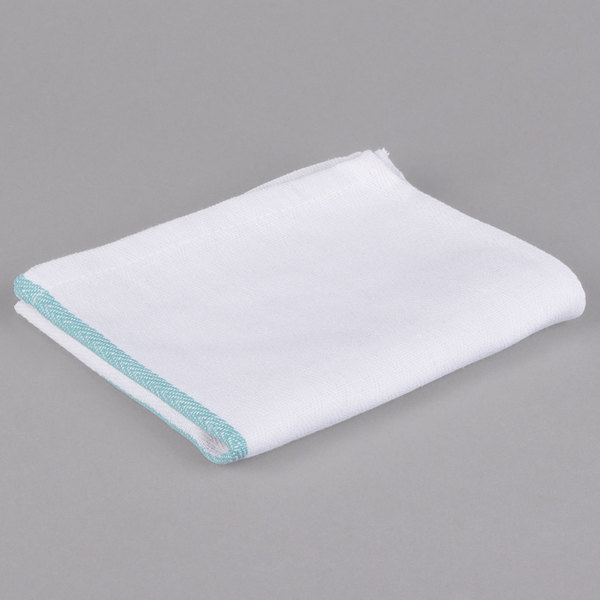 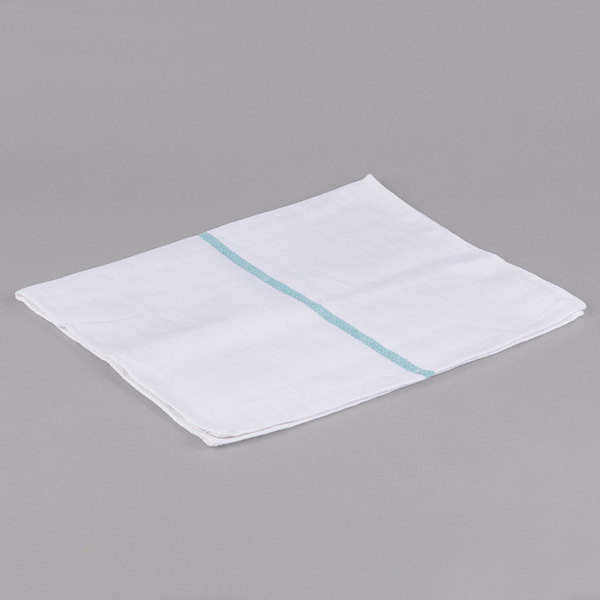 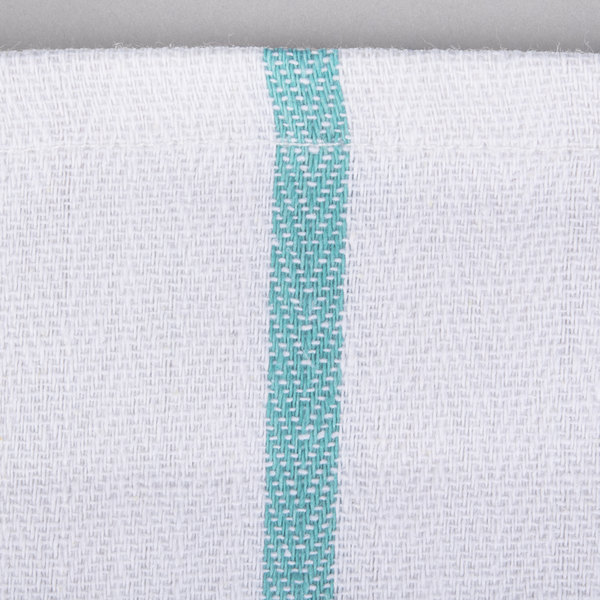 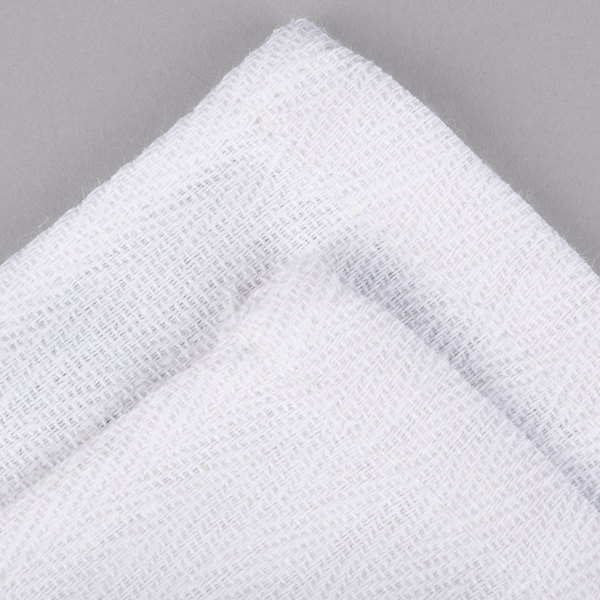 What does the weight of the towel mean?
The towel weight is simply the weight of one dozen towels. The heavier they are, the more fibers are used, therefore they are more absorbent and durable. However, this also means that heavier towels take longer to dry.

This Chef Revival 703HB 15" x 26" herringbone dish towel is woven from 95% cotton and 5% polyester, making it super-absorbent. The green stripe provides fast identification to avoid cross-contamination. Its unique texture is non-linting, so it's great for polishing glassware. From cleaning spills on counters to polishing your nicest martini glasses, this towel covers all your restaurant and bartending bases.