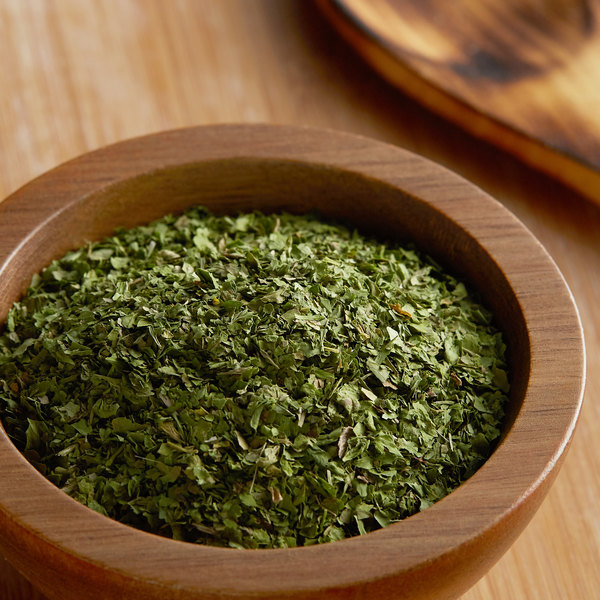 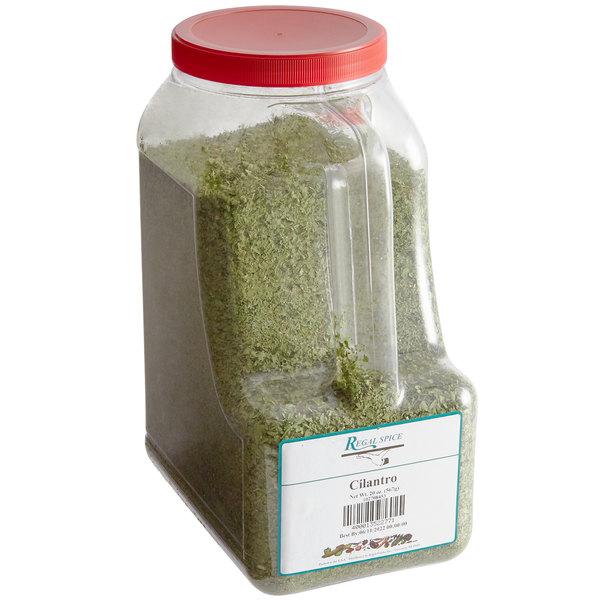 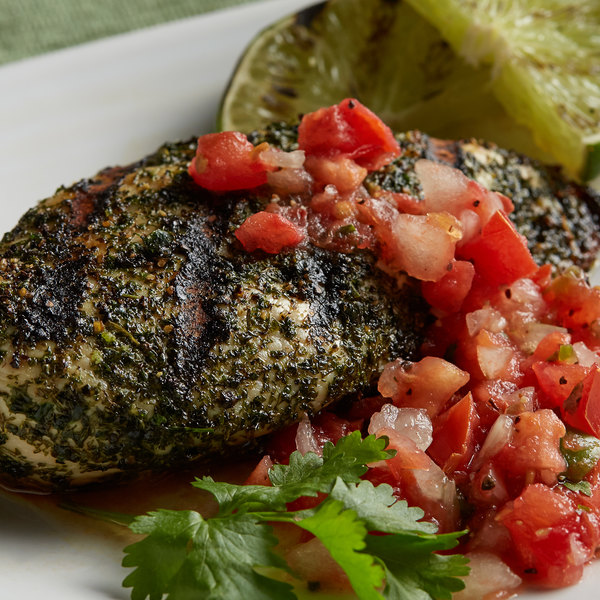 Infuse distinctive flavor into all of your signature menu items with Regal cilantro.

Parsley-like in appearance, Regal cilantro is sold in 20 oz. quantities and will add a refreshing, clean flavor to all of your dishes. Cilantro is derived from the leaf of the coriander plant, although these two spices do not taste the same and are not interchangeable. The flavor of cilantro is often described as a mixture of citrus and parsley, but with a bite. Cilantro is one of the oldest known and most popular herbs and is commonly used in Indian, Mediterranean, and Mexican cuisine.

"This dried cilantro is perfect for pico, guacamole, and to top soups. It is very fragrant and a vibrant green, perfectly dried and preserved. The 20 ounces will last me awhile for home use though."

Rich in natural antioxidants, dehydrated cilantro retains many of the same nutritional benefits as its fresh counterpart. Cilantro is also rich in vitamins, essential oils, and dietary fiber and can help reduce "bad" cholesterol levels.

The fresh, slightly bitter flavor of cilantro is a great addition to salsas, soups, and vegetable dishes. You can also use this spice in chutney, curry, and rice dishes.

This 20 oz. container of cilantro is ready to use and does not need to be prepped by a chef beforehand. Dehydrated spices also last longer than fresh ingredients and are easier to store.

Regal Herbs and Spices are a smart addition to any kitchen. This handy 20 oz. container satisfies all of your cooking and seasoning needs. Be sure to check out our quantity discounts for even better wholesale savings!

Is this product packaged in a BPA free container?
Yes, the plastic spice storage container is BPA free.