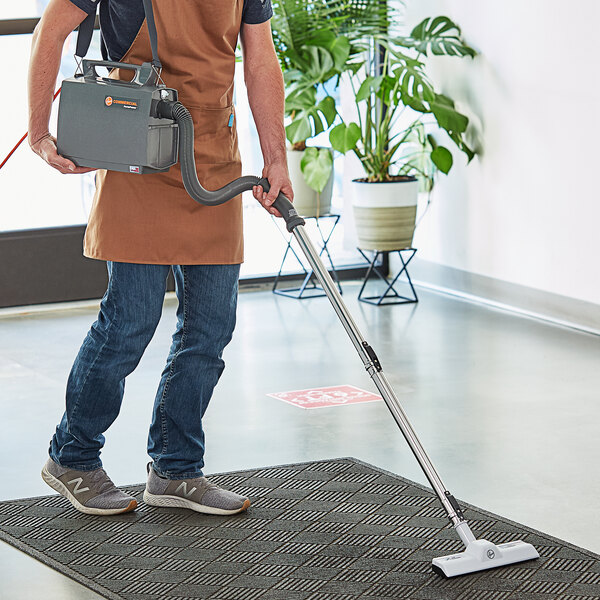 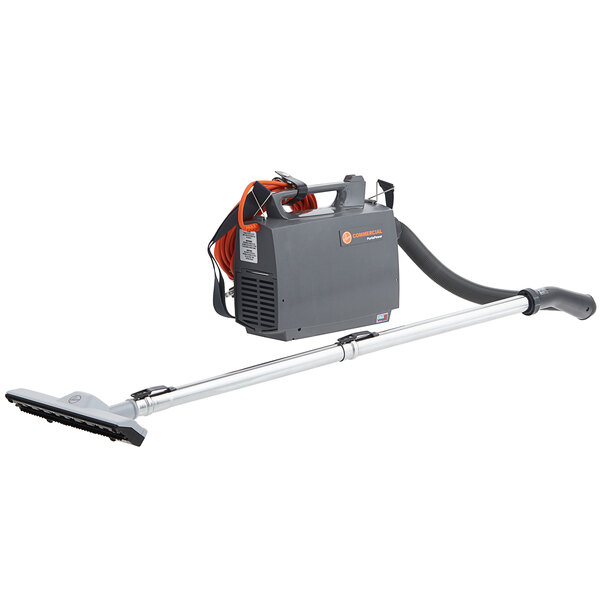 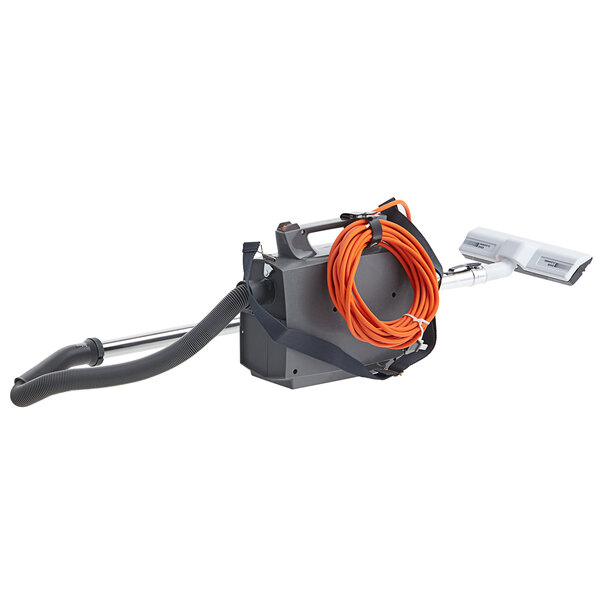 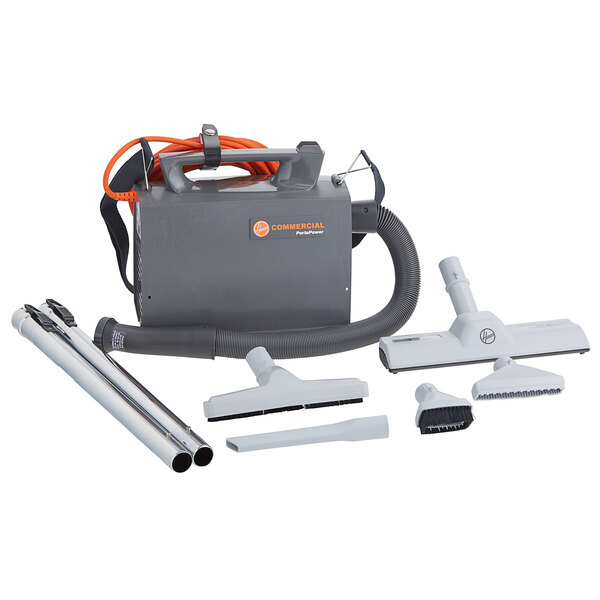 Keep your office, store front, or lobby clean with this Hoover vacuum cleaner. Portable and easy-to-use, this light weight vacuum cleaner is ideal for smaller cleaning jobs. With a variety of attachments, you can customize it for a variety of cleaning tasks.

"Great portable vacuum cleaner!!! Super lightweight and easy to work with almost anywhere!! Multiple attachments are great for cleaning everything and anything! Great online price!!!!"

Weighing only 8.3 lb., this vacuum is compact and easy-to-carry. Simply swing the vacuum over your shoulder and you're all set to carry it from job to job.

Great for cleaning large rooms, this vacuum comes with a long 33 1/2' cord for added convenience. It also uses the included reusable commercial cloth vacuum bag to contain dust and debris, but it can accommodate paper vacuum bags (sold separately) for easy disposal.

Resources and Downloads for
Hoover CH30000