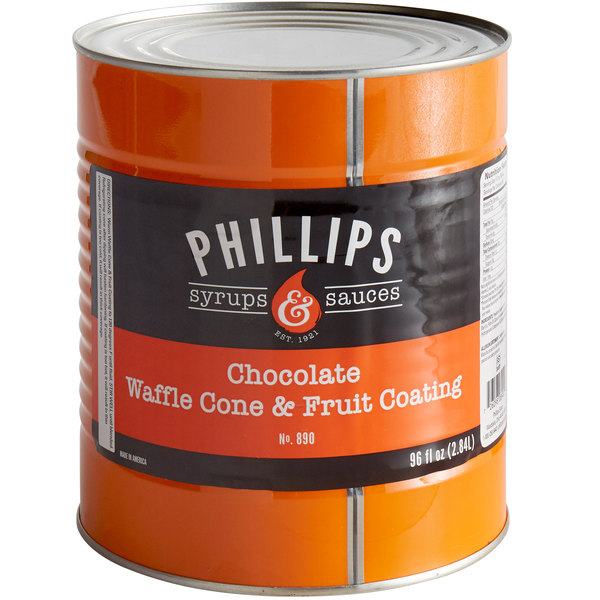 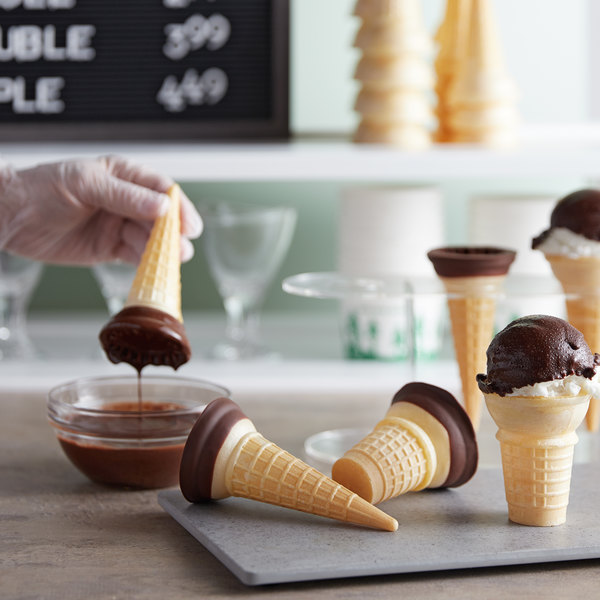 Designed for adherence to the crispy, crunchy waffle cone itself, this dip lets you easily customize your sweet treats. Simply heat up the coating, dip your cone, and the coating will quickly harden to create a crunchy shell. You can also drizzle the heated coating atop of the surface of any frozen dessert to enhance its appearance.

"A nice and easy way to dress up a waffle cone with this chocolate dip. The cone dip tastes really good and easy to heat up and prepare. A great way to make specialty cones for your ice cream shop."

This product is not ready to use right out of the can, as it needs to be heated up and stirred well. Thanks to the simple usage directions, however, you'll be ready to use it in no time. Dunk your waffle cones into this chocolate-flavored dip to enhance your ice cream parlor or restaurant's creations.

Perfect for Ice Cream and Fruit

This chocolate waffle cone dip will aid in making your ice cream cones even more profitable and appealing! Dipping your cones into this chocolate coating will add a nice, crunchy texture and a burst of chocolate flavor. This dip can also be used for products like fruit or even treats like marshmallows and pretzels.