About Transcript Embed
Welcome to this video on your assembly and operating instructions for your new Win-Holt film wrapper! Upon receiving your Win-Holt film wrapper, be sure to visually inspect the box thoroughly. You want to make sure that there isn't any shipping damage that could have occurred while it was in transit. Now that we've inspected our box and I haven't found any obvious damage, let's go ahead and open the box and review the contents to be sure that everything was shipped to us properly. Be sure to use reasonable care and safety when opening up the box. You don't want to damage the contents inside the box or cause personal injury. Now that I've removed the product from the box, I'm going to remove the clear plastic wrap and locate the manual in order to start setting up. Your Win-Holt film wrapper should include everything that you see pictured here. Should anything that is pictured here not be included in your box, contact customer support at www.winholt.com. Let's begin the assembly of your Win-Holt film wrapper by referencing the Film Wrapper Technical Bulletin. This bulletin is filled with great information that will make your setup fast and easy. Our first step is to attach the lower baring blocks onto the back side of the unit. Remove the hex nut and bolt, place the baring block, line it up with the holes in the back, place the bolt through, and replace the hex nut. Repeat this process on both sides and tighten them firmly by hand. You can then use an adjustable wrench to tighten them just a little more to make sure you have the appropriate tension. Repeat the process on the other side to ensure that the left and right baring blocks are assembled firmly. Loosen the wing nuts on both the right and left baring block, and then rotate the top to expose film roll axle slot. Our next step is to insert the film onto the film axle rod. The film axle rod allows for different widths of film to be used on the same unit. Locate your pin end cap and remove the pin to reveal the center where the film axle rod will be inserted. Insert the film axle rod into the pin end cap to the desired depth of your film roll and then push the pin into the rod hole. This will secure the pin end cap to the film axle rod. Insert the film axle rod into the cardboard core of the film roll and ensure that the pin end cap fits snugly up against the cardboard of the film roll. Screw the wing end cap onto the film axle rod, so that the wing end cap fits snugly up against the cardboard core of the film roll. Place the axle and film into the baring blocks and swing the upper baring block back into place. Then, tighten and adjust the wing nuts for desired tension. Repeat the process on the other side and adjust the wing nuts for tension once again. While that takes care of the setup and assembly of your unit, the next part of this video will explain the basic operations of your Win-Holt film wrapper. In this next step, we are going to outline how to prepare the film roll for our film wrap machine. You can see the film roll, work surface, support rod, cut off rod, hot plate area, and the adjustable thermostat. Let's begin by rolling the film underneath the work surface. Replace the work surface flap, grab the film and pull it underneath the support rod. However, make sure that it is over top the cut off rod. Once it is fed through the rod, simply pull to ensure that you have enough of the film to start working. You can now plug it in, turn it on, and set the hot plate temperature using the thermostat on the side.

Set up your Win-Holt wrapping machine with these step-by-step instructions! After following these steps, you can simply plug in and begin using your new machine. 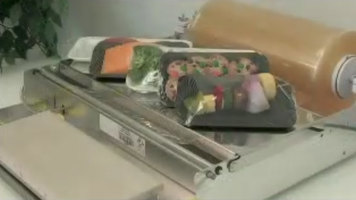 Want to know how to wrap your cheeses, meets, and vegetables? Use this Win-Holt technique and seal in freshness! 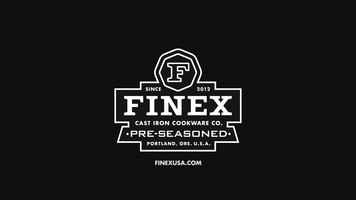 Finex carefully crafts each piece of its cast iron cookware to deliver only the best quality. Watch as Mike Whitehead explains the inspiration behind Finex and why he believes in the legacy of well-made cast iron. 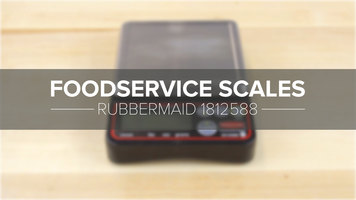