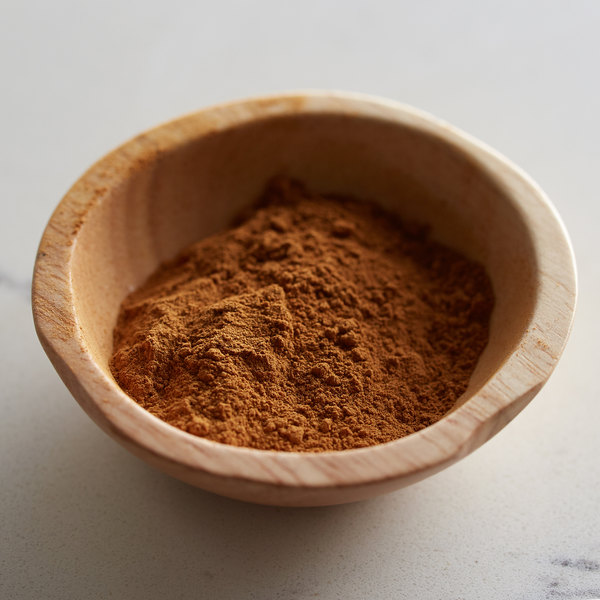 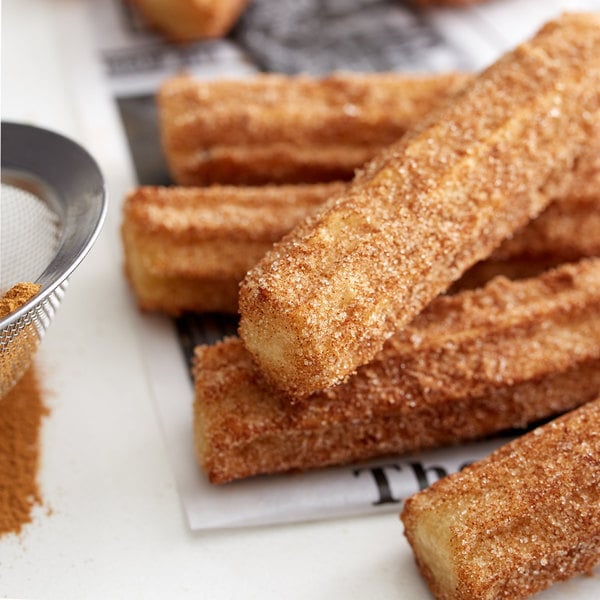 Add an earthy, woody, and flavorful dash of spice to your signature dishes with Regal's bulk ground cinnamon.

Regal bulk ground cinnamon is sold in 25 lb. bags and is a delicious addition to a variety of dishes. This spice is reddish brown in color, and its unique flavor creates a warm taste. One of the oldest known spices, cinnamon is derived from the dried inner bark of the tropical cassia tree. The sweet and spicy flavor of cinnamon will enhance the taste of vegetables and fruits, while also mellowing the tartness of acidic dishes. Ground cinnamon should not be added to boiling liquids, as the liquid may become stringy and the cinnamon can lose its flavor.

"This cinnamon is great for making panna cotta and banana bread! Much cheaper than the other brands with the same taste. I think this is great cinnamon for any baking and cooking needs!"

This 25 lb. bulk bag of ground cinnamon is a cost-efficient option for high-volume kitchens and can easily be portioned into smaller quantities.

This 25 lb. bag of ground cinnamon is a cost-efficient option for high-volume kitchens. Dehydrated spices also last longer than fresh ingredients and are easier to store, making them the perfect addition to any busy kitchen.

Cinnamon will add a warm and earthy flavor to baked goods, curries, applesauce, and hot beverages. Its sweet and spicy flavor also works well in rice pilaf or when paired with chocolate drinks or desserts.

Regal Herbs and Spices are a smart addition to any kitchen. This handy 25 lb. bag satisfies all of your cooking and seasoning needs. Be sure to check out our quantity discounts for even better wholesale savings!

Is this cinnamon ceylon or is it cassia?
It is cassia.