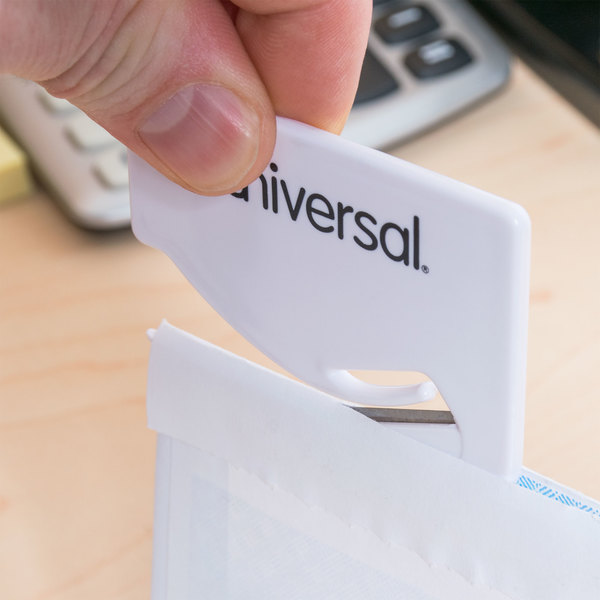 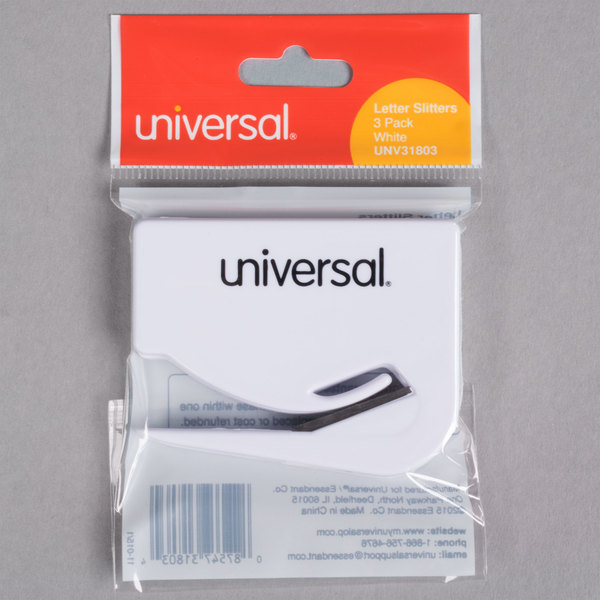 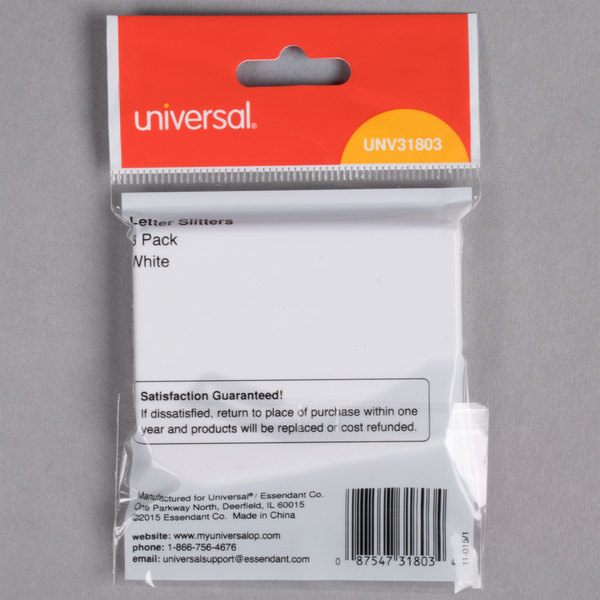 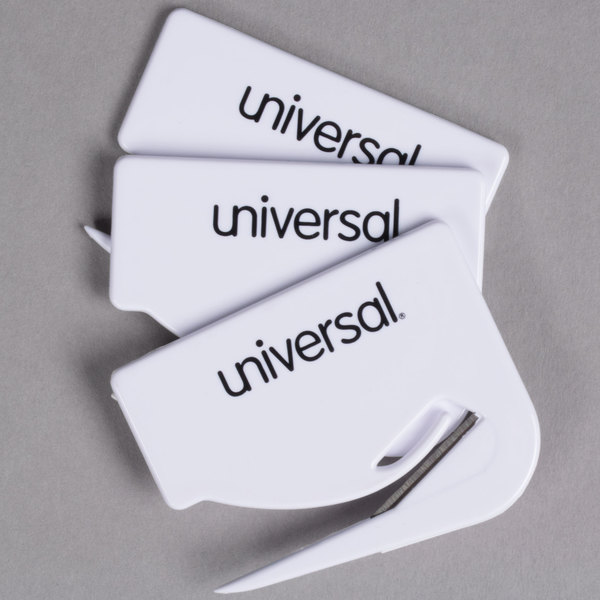 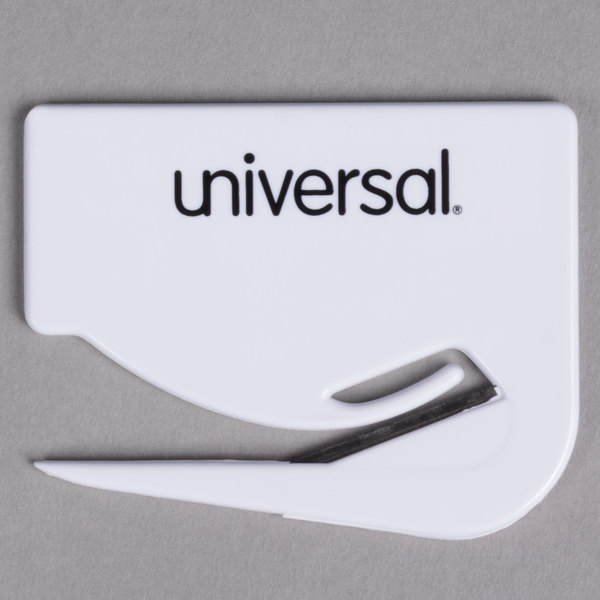 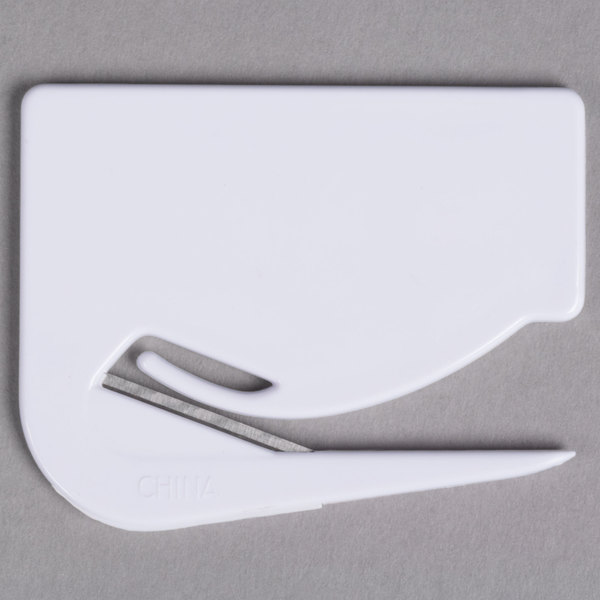 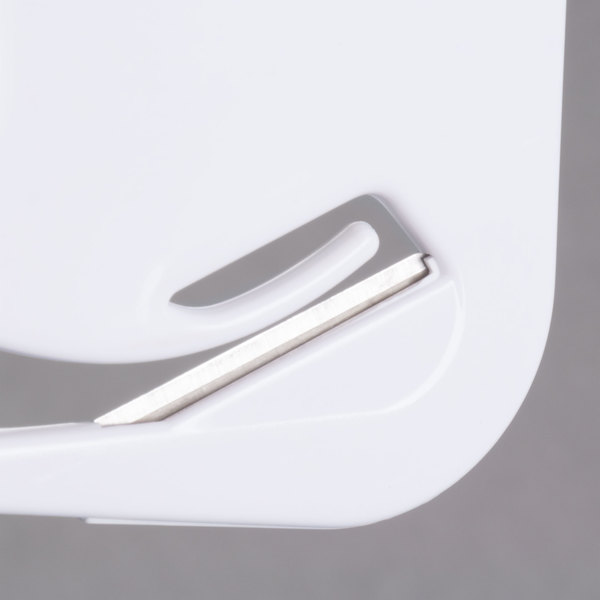 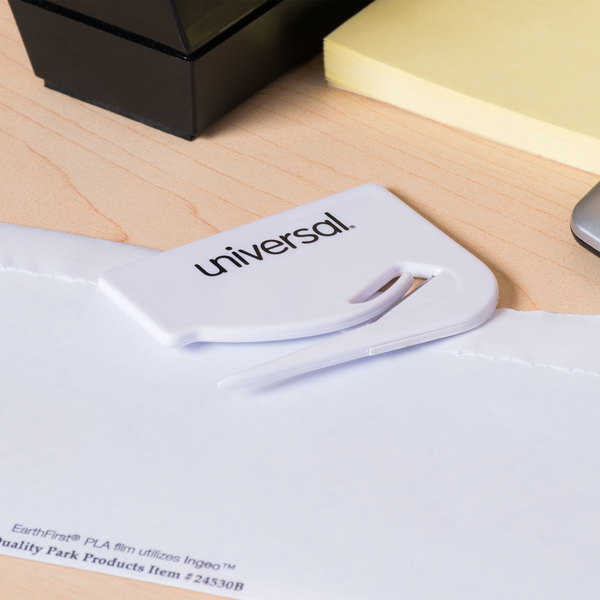 Open your mail quickly and efficiently with this Universal UNV31803 2 1/2" white concealed blade letter slitter / hand letter opener! Keep this handy tool at your desk, reception area, or mail room. Its small 2 1/2" size is great for carrying around the office or storing away in a desk drawer or organizer.

Opening letters by hand is a slow, inefficient method that may result in painful paper cuts. Using a letter opener ensures your hands and the envelope's contents remain unharmed. The strong, steel blade makes swift, clean cuts while the durable plastic construction ensures this opener can withstand everyday, commercial use.