American cuisine is a melting pot of global spices, cooking methods, and traditions from its diverse population. But American-style barbecue is a United States original. Tough cuts of meat are smoked till tender and served with sauces ranging from sweet and spicy to tart and tangy. Low and slow is the national anthem, but the flavor notes vary by region. We break down the different types of American barbecue so you can recreate each tradition at your restaurant.

Shop All Smokehouse and Barbecue Supplies

Use these links to learn more about the different types of American BBQ and how you can create a regionally diverse smoked meat menu.

Barbeque is a style of indirect cooking that uses live fire and smoke to heat food. Most countries and regions have their own barbecue tradition. In North America, pitmasters BBQ foods by roasting or smoking them over wood or charcoal at low temperatures for several hours, transforming whole roasts and tough cuts into tender, succulent pieces of meat.

Because the cooking process, equipment, and meals are so entwined, they’re all referred to as BBQ. You can accurately barbeque ribs, get the smoke going on the barbeque, and enjoy a plate of barbequed chicken. Grammarians would tell you barbeque is a verb, noun, and adjective. American pitmasters know it’s a way of life.

What Are the 4 Types of BBQ? In the American tradition, there are four prominent BBQ regions: Kansas City, Carolina, Memphis, and Texas. These four barbeque styles represent the most recognized regional renditions of smoked meat. You’ll find each style's techniques, rubs, and sauces copied across the U.S. From their cuts of choice to their sides, read on to learn what makes each of the four major American BBQ regions unique.

Kansas City style BBQ offers a smorgasbord of slow-smoked meats rubbed down in a sweet seasoning and slathered in a thick, sugary sauce. Brown sugar is the base ingredient of Kansas City rub (traditional recipes call for a two-to-one ratio of brown sugar to paprika). Pitmasters keep their heat low to prevent the caramelizing sugar from charring and blackening their meats.

While beef, pork, and poultry are all fair game, burnt ends are the hallmark of Kansas City style BBQ. Forget the thin strips of bacon served alongside flapjacks and dig into meaty Kansas City bacon. Butchers make this type of bacon by pressing and smoking pork shoulders.

What Are Burnt Ends?

Beloved by smoked meat purists, Memphis, Tennessee developed one of the four dominant styles of regional BBQ in the U.S. While you’ll certainly find beef and chicken on menus, pork is the foundation of Memphis style BBQ, and pork ribs are its crowned jewel. Memphis style BBQ prepares ribs in two ways: wet and dry.

Memphis-style pork shoulders are slow-smoked, pulled, and served with a thin, tangy sauce on the side. While it’s certainly sold on its own, pulled pork sandwiches are a staple of the Memphis BBQ style. Traditional Memphis style BBQ restaurants pile creamy coleslaw onto their pulled pork sandwiches.

A true Memphis BBQ restaurant distinguishes itself from its imitators by serving Memphis barbeque spaghetti. Spaghetti noodles tossed in a half marinara, half barbecue sauce loaded with pulled pork, simmered peppers, and onions have been a Memphis regional staple since the 1970s.

Preparation method, not texture, differentiates wet and dry ribs. Pitmasters brush wet ribs with sauce before, during, and after smoking them for a finger-licking good time. Memphis style “dry” ribs are equally succulent. They’re coated in a dry rub before they’re smoked and served without sauce, allowing their true flavor to shine. Carolina style centers on slow-roasted whole hog barbeque and is one of America’s oldest methods of cooking meat. Whole hog BBQ is the artful process of cooking an entire hog over the course of 12 to 24 hours. A hog provides three primary sources of meat: stomach, neck, and shoulders. The stomach meat is tender, and the shoulders and neck are tough. Pitmasters must take extra care to soften the firm portions without charring the delicate stomach meat. While Carolinians dress their finished provisions in a variety of regional sauces, Carolina-style whole hog cooking requires a moistening mop sauce.

What Is Mop Sauce?

A mop sauce is a thin liquid sauce pitmasters mop or brush onto their meat while it cooks. Mop sauces are usually vinegar, apple cider, tomato juice, or beer based. In the Carolinas, vinegar-based mop sauce is king.

We know Texas style BBQ by its holy trinity of beef ribs, East Texas Hot Links, and melt-in-your-mouth brisket. As the saying goes, everything is bigger in Texas, and with a state spanning over 200,000 miles, it’s unsurprising that there are multiple regional practices within the greater Texas barbecue tradition. Pitmasters from central Texas smoke their brisket over oak, slice it, and serve it without sauce. It’s the South Texas way to mesquite-smoke barbecue. Eastern Texans favor sausages and chopped beef sandwiches sopped in a spicy, vinegar-based sauce that soaks through buttery buns and sandwich wrappers (serve with pickles and sliced onions to do as the Eastern Texans do).

Brisket comes from the well-exercised lower pectoral muscle of a cow. It contains a lot of connective tissue and is naturally tough, chewy, and leathery. Texas pitmasters smoke brisket for 18 hours until it looks like a lump of coal. Inside this crispy cavity is beef so tender it flakes like salmon.

Salumists (high-end sausage makers) cook their East Texas hot links by smoking them over post oak. The German and Czech immigrant communities that helped settle Texas cultivated its sausage making tradition. They called their sausages Texas Hot Guts because they made them by stuffing meat and spices into pork and/or lamb intestine casings and served them piping hot. The longstanding Texas sausage making tradition continues to this day, but most modern Texas BBQ restaurants ditch the original, unappetizing name and refer to their sausages as Texas hot links.

The flavor of East Texas hot links varies widely because of the broad range of the meats and spices used. Texas sausages often include rib and brisket trimmings in their beef or beef/pork blends. You’ll even find cabrito (goat meat) sausages. No matter their meat mixture, most East Texas hot links have generous amounts of black pepper in their spice blend.

Styles of BBQ: From Sea to Shining Sea While Kansas City, Memphis, Carolina, and Texas are the 4 major styles of American BBQ, there are countless micro barbeque regions throughout the United States. We describe a few of the most influential styles of barbecue outside the core four below.

While barbeque history is steeped in smoked meat, many modern patrons want plant-based food options. To accommodate more customers, consider offering vegan BBQ. There are many meat substitutes you can smoke, but vegetables often cannot withstand the long cook times of the barbequing method. Consider investing in a smoke flavor gun to infuse your vegetables with a smack of smoke and create venerable vegan barbeque.

Load your smoke flavor gun with anything from apple and mesquite wood for classic barbeque flavors to tea and herbs for exotic essences. Whether you want to make hickory-smoked mushroom caps or rooibos smoked jackfruit, a handgun smoker creates delicious vegan barbeque even meat-eating customers will crave.

There are five types of BBQ sauce, and their base ingredients define them.

The American BBQ tradition was inspired by Native Americans and created by early Western European settlers. When Western European colonists arrived in North America, they brought their homeland’s roast cooking methods with them. Observing Indigenous peoples’ ability to preserve meats by smoking them, settlers combined smoking and roasting, and the American barbecue tradition was born. As settlers spread out, barbecue traditions evolved in pocket communities, and regional barbecue styles took shape.

By the 19th century, barbecue became a formalized social practice and was used to unite people during the Jacksonian electoral campaign era. Lyndon B. Johnson cemented barbeque as an Americana staple when he hosted the first official White House barbecue, a diplomatic event. The earliest commercial barbecue businesses were mobile stands, making barbecue the mother cuisine of both modern mobile kitchens and fast food. BBQ restaurants with permanent pits popped up during the roaring 20s, replacing roadside stands. It soon became the dominant American meal throughout the 1930s to the 1950s.

Low and slow is the national anthem of American BBQ, but a large choir carries the tune at different pitches. If savory Texas BBQ bellows the bass notes, sweet Kansas City style harmonizes the soprano, creating a perfect melody of authentic American cuisine from sea to shining sea. Use our guide to the types of American BBQ to create your restaurant’s menu and add your voice to the choir. 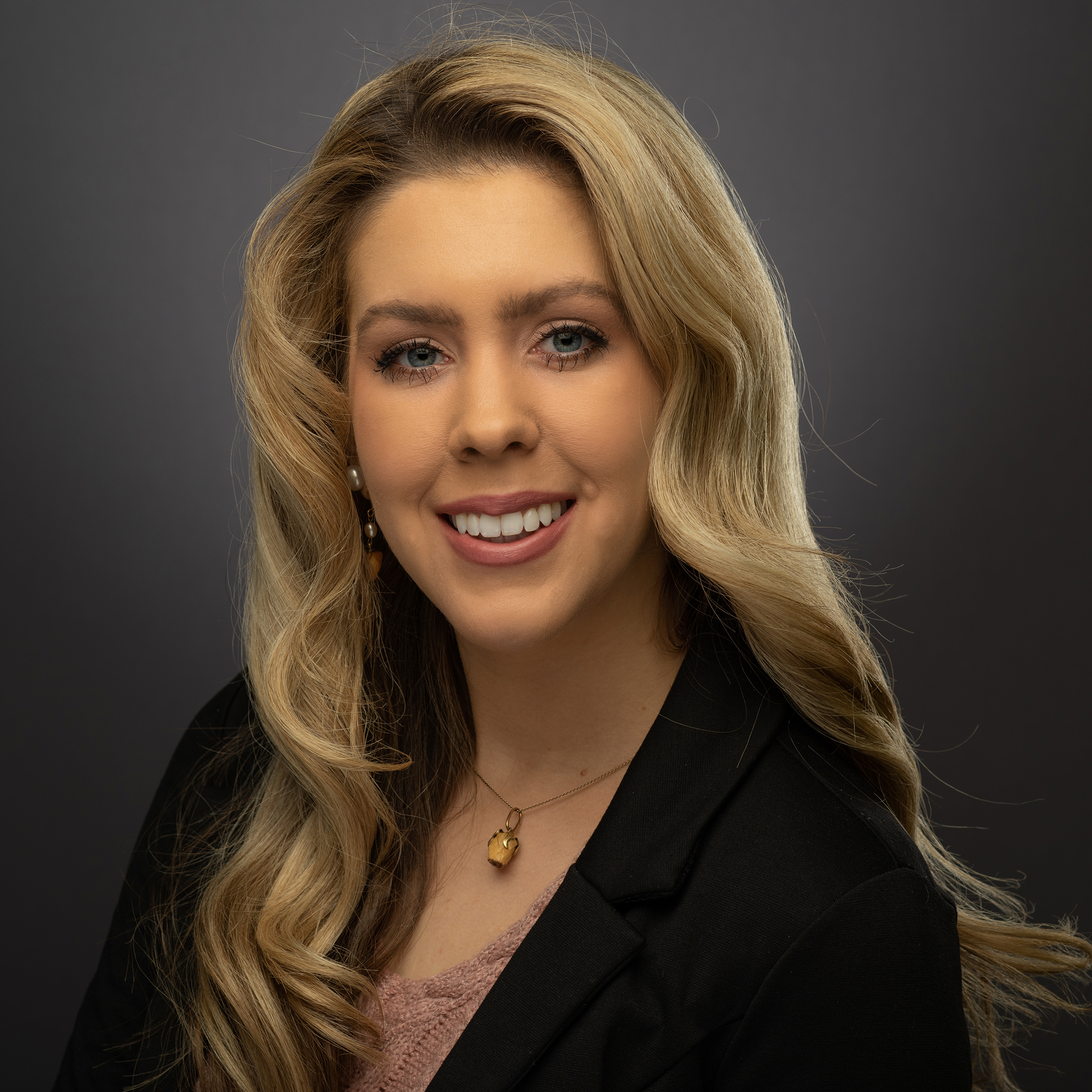 All content © 2023 WebstaurantStore
Contact • About Us • WebstaurantPlus
Webstaurant TVProduct demonstrations, how-to's, & descriptions ArticlesIn-depth information and tips for running a successful restaurant Buying GuidesTools to help you find the perfect product for your business