America's Pizza Obsession: How We Prefer to Order and Consume Pizza

With over 74,000 pizzerias in the USA, it’s no surprise America has such an obsession with pizza! This multi-billion-dollar-a-year industry has grown slowly but steadily over the past four years, proving that it’s a stable industry to enter. So, if you’re considering opening up a pizzeria in your town or simply adding pizza to your bar menu, you’re sure to have your potential customers’ votes. Plus, we have all the supplies you'll need to open your shop, from pizza pans to pizza ovens. Check out our infographic below and keep reading to learn more about current pizza trends.

How Many Pizza Restaurants Are in the USA?

At the end of 2015, there were 74,812 pizzerias in America. That’s more than 10 times the number of hospitals in the country! While this number shows that the pizza industry has a lot of competition, it also proves that Americans love their pizza and that it’s a fairly safe business to open.

How Much Money is the Pizza Industry Making?

To say pizza impacts America’s economy is an understatement! From 2012 to 2015, Americans spent over $150 billion dollars on pizza. In 2015 alone, the pizza industry brought in $38.5 billion dollars in sales, which is twice the GDP of Iceland. That’s a whole lot of dough!

Where Are Americans Spending Their Money?

The top ten pizza chains account for over 40% of pizza sales. However, independent shops aren’t far behind, accounting for 39% of sales. That means, whether you want to open up a new chain location or a small ma and pa shop, you have a great chance for success.

What Are the Top Pizza Chains Based on Sales

If you're considering opening a new franchise location, consider signing up with one of these top 4 sales leaders:

How Much Revenue Did the Top 4 Pizza Chains Bring In?

What Are the Top Pizza Chains that Customers Recommend?

If you’re interested in the top pizza chains based on your potential customers’ willingness to recommend, then check out the following. Turns out, consumers seem to like smaller chains, like Papa Murphy’s, a Western favorite that originated in Oregon, and Pizza Ranch, a Mid-Western chain that originated in Iowa, more than the dominating chains we mentioned above.

Do Customers Prefer to Dine In, Carry Out, or Order Delivery?

With so much profit coming from carryout, you'll want to make sure you have enough staff members on the clock to quickly fulfill your to-go pizza orders. Maybe you can even offer curbside pickup at your pizzeria to give your establishment an edge on your competition. However, don't forget to offer delivery and an impeccable dining-in experience for your customers, as well, since these two services are still popular and profitable.

While it may seem unthinkable to some pizza connoisseurs, many Americans do, in fact, enjoy frozen pizza. In 2015, Americans spent $4.42 billion dollars on frozen pizza, which is a slight increase from the previous three years. However, consumers are picky about which brands they purchase. DiGiorno is at the top of the leaderboard and has double the sales of its nearest competitor, Red Baron.

Which States Have the Most Pizza Shops?

America as a whole has thousands of pizzerias, but there are a few overachieving states that have larger shares of pizza shops per capita than others. If you’re planning to open a pizza shop and live in one of these states, then be prepared to have plenty of competition. Thin crust is one of the most popular types of pizza crust, followed by regular, deep dish, and stuffed crusts. A smaller percentage of Americans also enjoy French bread and Sicilian-style crusts, while others don’t have any preference – they love their pizza any way they can get it!

If you operate a pizzeria, you will benefit from offering a variety of crust styles on your menu, so you can satisfy customers with different taste preferences. However, if you’re simply offering pizza on your bar menu, thin crust may be the best option to offer.

Do Crust Preferences Differ Across Generations?

Our generational experiences shape the way we think about everything from politics to technology, but how does it affect our pizza preferences? As it turns out, thin crust pizza is more popular among older generations, whereas stuffed crust is the favorite for Millennials. So, if you open a pizza joint near a college campus, consider offering stuffed crust pies, but if you open one in a popular retirement town, it’s pretty safe to say you can nix the cheesy, filled crust.

What Pizza Toppings Do Customers Prefer?

With all the bizarre toppings that can be added to a pizza, from macaroni and cheese to french fries, how can customers choose a favorite? Turns out, pepperoni is by far the most popular pizza topping, and it’s the topping of choice for more than 25% of pizza orders. In fact, Americans consume over 251.7 million pounds of pepperoni per year!

Other popular pizza toppings in order of their popularity are mushrooms, sausage, bacon, green peppers, chicken, olives, and plain cheese. Not surprisingly, anchovies weren’t even popular enough to make the list!

What is the Future of Pizza?

Since pizza sales have stayed consistent over the past decade, it’s predicted that they will continue to remain the same in the future. However, due to constant advances in technology, we are likely to see many upgrades to the way consumers order pizza, pizzerias produce their pies, and customers receive their pizzas. Who knows – maybe in a few years a drone will drop a hot and ready pie off at your doorstep! 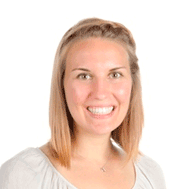 wow this is cool

I'm very impressed with these stats.